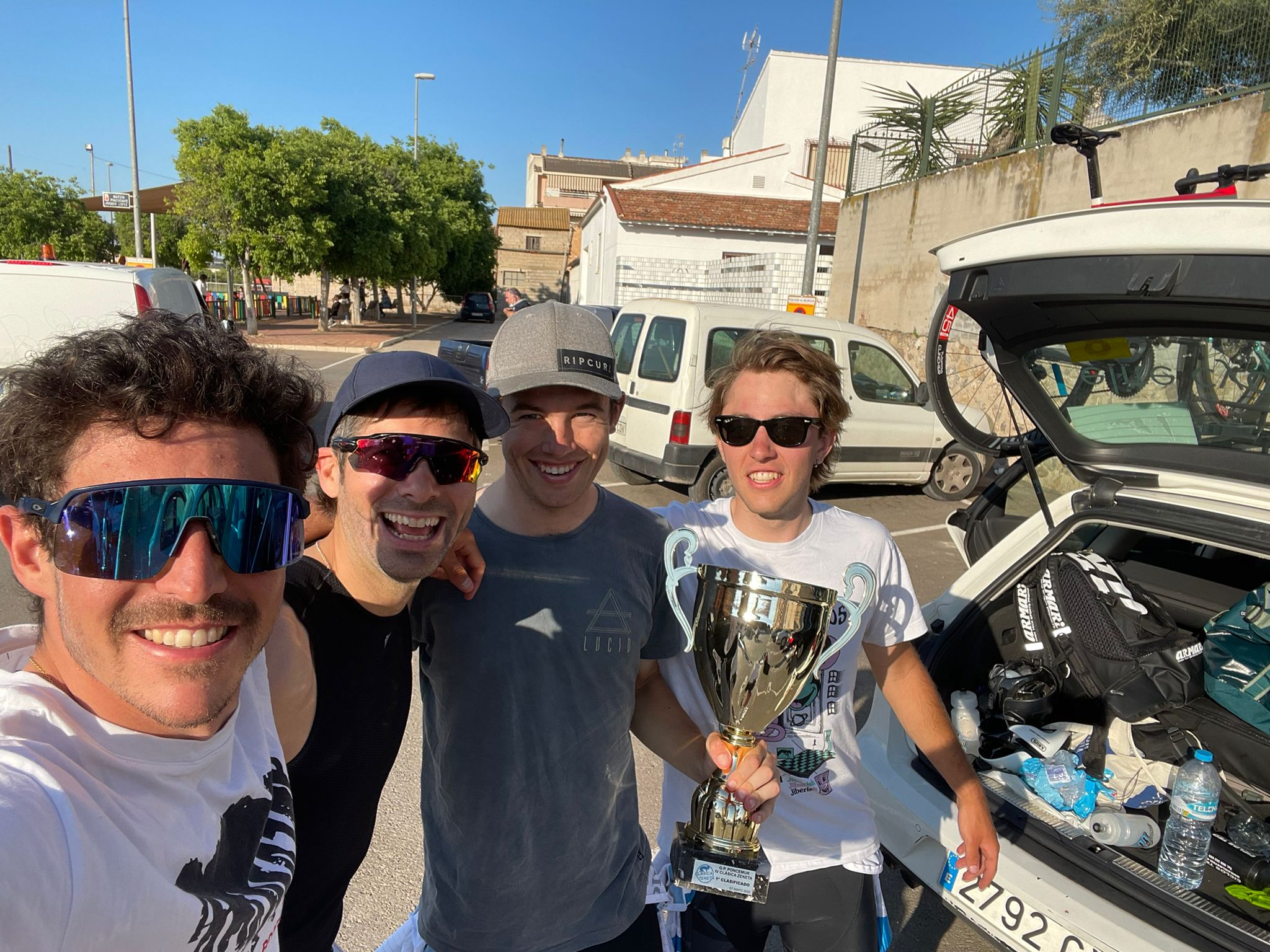 After a splendid attack in the last three kilometers of the Clásica Zeneta-GP Poncemur, Riley Fleming won the opening stage for Team SmartDry – Girona Cycling City. He will wear the yellow jersey tomorrow in the second and last stage.

It was a very hot day in the saddle, even though we are still in the first week of May. Just over halfway into the stage, there were two climbs, and Fleming recalls being dropped on the second on. “I descended fast and luckily managed to get back in the group.”

He recovered, and prepared himself for the final. With three kilometers to go, he saw an opportunity to attack. “I got a small gap and went full. In the end, I was able to hold off the group. Winning the first stage is absolutely fantastic, and I hope I can do something spectacular tomorrow, but most of all, keep the jersey.”

Tomorrow, Sunday, it was a 139 kilometers stage in La Palma (Murcia). Team SmartDry – Girona Cycling City will fully support Fleming to help him keeping the leader’s jersey in the team.