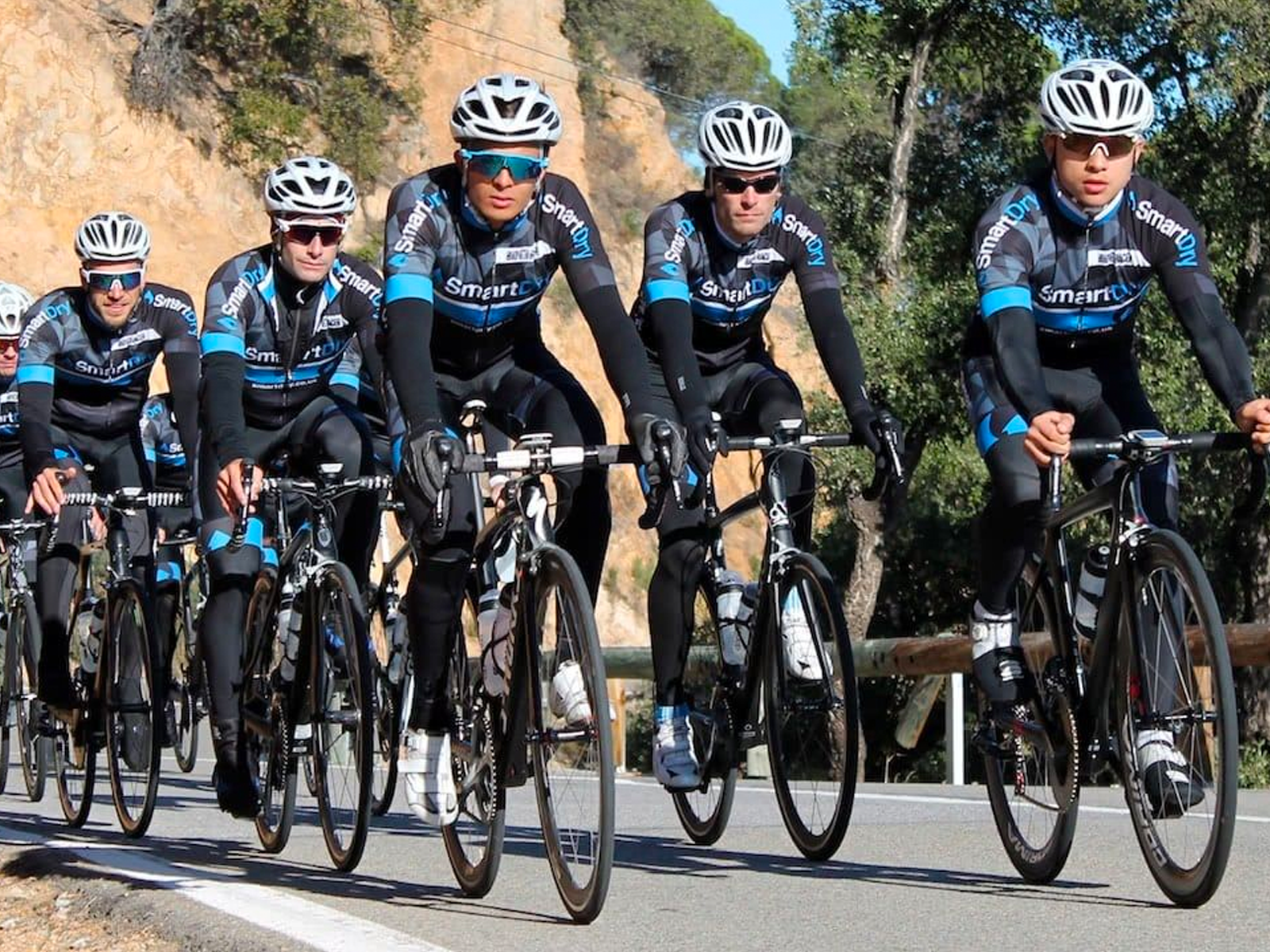 Team SmartDry changes its name in 2022. After having taken over the former Antiga Casa Belsollà Team, and getting the city of Girona on board, the team will now listen to the name: Team SmartDry – Girona Cycling City.

Team SmartDry – Girona Cycling City (SGC) is stepping it up significantly this season. A number of strong cyclists joined the team for 2022. That is what Team SmartDry owner Iwan Schrijver says.

“We have an incredibly strong team that can compete in the highest level races in Spain, the Copa de España. Having a significantly stronger squad also means we can get access to bigger races, outside of Spain. Also, having kept most of our original sponsors on board means that we can offer talented cyclists from Catalonia and abroad a unique opportunity to chase their dreams of becoming a professional cyclist.”

The Dutchman is obviously excited with such an empowered squad for the racing season. “I am happy that we could convince most of the riders to stay for 2022, and that we could convince strong riders to join us. We are an ambitious and energetic team, and as professional it can get on the elite level of cycling in Spain. In 2022, we can offer our riders high-level races, including the ones from the challenging Copa de España, and aim for successes.”

He continues: “We offer them a unique chance to improve and create the best cyclist of themselves, every day. Team SmartDry – Girona Cycling City has experienced staff members in-house, including technical director Johnny Weltz who has been in the highest ranks of pro-cycling for many years. Also, we are able to host our riders in our special clubhouse in Banyoles, where they can eat, sleep, train every day, in both on- and off-season.”

The city of Girona is committing to support the fresh club team. “That is another exciting step for everyone in this team. Everyone knows Girona, our home base, is the cycling City of Europe. Pros live here, teams come here for camps, and the whole town breathes cycling. Catalonia is perfect for riding bikes, and it even has its own cycling magazine called Nafent. The town hall embraces the development of cycling, and proves to do so by partnering up with Catalonia’s most professional club team in 2022”, says Schrijver.

“With the town hall on board for season 2022, we continue to develop our Catalan-Dutch identity, the ideal mix of the best area for training in Europe and one of the countries with the most prominent culture of bikes. Our team roster for 2022 is mostly Dutch and Catalan, with international ‘flavors’ from the USA, Great-Britain, and Colombia.”

“This is such an exciting start of a new chapter for all the parties involved. We cannot wait to get the season started.”

The team kit and team logo undergo minor changes after the two teams merging. New sponsors will get significant visibility on the jersey. The team’s first race will be the 56th edition of the Circuito del Guadiana, a race in ever so strong contested Copa de España. The race is held on the 26th of February.

Team SmartDry – Girona Cycling City is what the team calls the next revolutionary cycling team:  full of ambitions, professionalism and fury.

Our goal is to win competitions and create value for our brand and our riders. We aim to create a healthy, happy and motivational environment for cyclists who aim to become professionals.

About the Ajuntament of Girona

Girona breathes cycling. The reasons are obvious: the city in the north of Catalonia has one of the best climates and the best variety of climbs and flat roads that offer any kind of cyclist an extraordinary experience. The facilities, which include bike shops, culinary pearls and a huge international cycling community, are outstanding for short- and long-term visitors. Girona is proudly the new name partner of what is one of the most professional cycling club teams in Spain.

Team SmartDry started racing as a team in 2017 in Spain, with the simple goal of

having the opportunity to participate in Spanish amateur races. Club SmartDry was founded one year later, in order to create an opportunity for ambitious amateur cyclists to become professionals.

This site uses Akismet to reduce spam. Learn how your comment data is processed.